Website is not compatible in landscape view.
Please rotate your device.

Too often, politicians are stupid.

Look on the previous pages at the cities and countries ranked as the Best to Invest, those most successful in attracting
investment to their regions. Note how frequently those places recognized as the best places to invest also feature some
of the world’s top IPAs. IPAs like Dubai FDI, a permanent fixture in these rankings. While global FDI plummeted by
nearly a fifth last year, Dubai’s exploded, increasing by 43%. Does anybody think Dubai FDI didn’t play a major role?
Politicians take note. This is no accident.

We live in a world where technology and access to limitless data have seemingly conspired to make business more
impersonal and dispassionate, where fake news out-tweets real reporting, where labor is performed by machine as often as
man. In such a de-humanizing world, it’s more critical than ever to recognize the all-too-often underappreciated human
beings in investment attraction, the heroes who work tirelessly, out of the limelight, for economic growth and job
creation.

Their whole job, their whole reason for being, is to improve the lives and livelihoods of the people they serve. What
these folks do matters. Their work is absolutely essential to every community, in every city, in every nation.
Essential.
Their work creates jobs.
Their work puts food on the tables of families.
Their work ensures the next generation enters the future with equal parts of hope and opportunity.
Their work is critical to the economic well-being — to the future — of the regions they serve. They deserve to be
celebrated, and in this section we laud the best of them.

Best of the Best

Investment promotion agencies — the national, municipal and regional organizations working to connect businesses with
their communities — have never been more important. Conway’s Vice President, Advisory, Chris Steele, agrees. “Good IPAs
recognize that they are the critical interface between their jurisdiction and the global community of investors and
companies outside. Remember that, for all our data, this is a very human business.”

And that’s what separates the best of the best from the rest: They know it’s personal. To the best of them, data is
merely a tool to serve the needs of their communities. Remember, data doesn’t make decisions. People make decisions. The
men and women in the world’s Top IPAs make their impassioned, personal cases over and over again, hour after hour, to
ensure decisions are made in their favor.

This is one of the few awards Site Selection bases on subjective input. But we still insist on keeping even a subjective
ranking at arm’s length from our personal opinions, ensuring the independence of the rankings. For this award we reached
out to 1,000 experts around the world, corporate decision-makers and site consultants, surveying them on which agencies
they believed to be the very best in the business. On the following pages we join those corporate end users and site
consultants in celebrating the people making the greatest contribution to the vitality of their communities.

The Best to Invest Top IPA Awards recognize the professionalism and preparedness, the leadership and staff, the overall
success the winning organizations demonstrate each day. Those chosen as some of the world’s Top IPAs accumulated the
most points in voting based on the following criteria:

We congratulate all of this year’s very deserving winners, in particular those who seem to make this list year after
year, such as Dubai FDI, Germany Trade and Invest and CINDE in Costa Rica. We also welcome first-time winners such as
AICEP Portugal, ProColombia and Invest in Morocco, who we hope to see continue the outstanding work that so deservedly
earned them this praise.

Keep up your important work, all.

bahrainedb.com
Bahrain’s forward thinking and agile business environment has helped the Kingdom to diversify its economy to one
that is over 80% non-oil based, attracting multinationals including Amazon Web Services, Huawei and Mondelez.
Located at the heart of the Gulf, with efficient transport links to the region and the lowest cost of doing
business. Bahrain is a place where cultures truly mix. Popular amongst expats, Bahrain ranks 1st in the region
in HSBC best locations for expat to work and live.

www.dubaifdi.gov.ae
Dubai is a preferred global Foreign Direct Investment destination for more than 70% of Fortune 500 companies.
The emirate enjoys a strategic location on the new Southern Silk Road between Asia, Europe and Africa and is
poised to take advantage of economic activity among the world’s fastest growing and developing economies.

www.mida.gov.my
Malaysia ranked 1st in Asia and 5th globally in Bloomberg’s Most Attractive Emerging Market Scorecard for
2018.
The country’s services sector has emerged as one of the key drivers of the economy, consistently contributing
over half of the nation’s GDP.

www.investhk.gov.hk
The International Institute for Management Development (IMD) World Competitive Yearbook 2018 ranked Hong Kong
second out of 63 economies.
The multi-award-winning Hong Kong International Airport is the world’s busiest cargo gateway and one of the
busiest passenger airports. Getting between the city and the airport only takes 23 minutes via the Airport
Express and in-town check-in is available for those seeking maximum convenience.

www.investkl.gov.my
Companies Operating under Malaysia’s Regional Treasury Management Center can enjoy a 70% tax exemption for 5
years (effective 7.5% tax rate) on Qualifying TMC income earned outside Malaysia.
AstraZeneca is to invest more than $125 million in Malaysia over the next five years, including a new
headquarters in Greater Malaysia’s Nucleus Tower and a Global Business Services hub equipped with robotic
technology and advanced automation.

www.gtai.de
GTAI is advising and supporting British and international companies seeking to establish post-Brexit business
operations in Germany.
Germany offers a competitive system of corporate taxation. With an average overall burden of 29.83%, companies
are better off here than in other large industrial countries and at the same time enjoy the advantages of German
location. 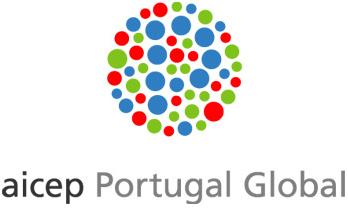 www.berlin-partner.de
In 2018, Berlin Partner facilitated 323 projects representing a combined investment of nearly $670 million and
projected to create 8,810 new jobs.
Around 176,000 young people are enrolled in higher education, with 30,000 graduates coming annually into the
labor market. 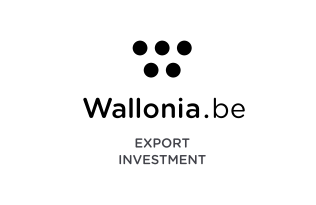 www.investinwallonia.be
Wallonia ranked No. 1 in a 2017 PwC study of top logistics locations in Belgium.
Foreign investors are covered by a guarantee that covers 33% of their investment in cases of bankruptcy.

hipa.hu
Between 2014 and 2018 HIPA contributed to nearly 400 successful investment projects in Hungary totaling $14
billion and representing more than 75,000 newly created jobs.
Hungary has reduced its corporate income tax to a flat rate of 9% and added new cash incentives to encourage
corporate R&D and technology investments.

www.eas.ee
EAS is Estonia’s largest support organization for entrepreneurship.
Since 2011, nearly 1,800 projects have received government startup aid totaling $19.6 million with an average
grant of more than $11,000.

www.gafi.gov.eg
With a growing population of 90 million people, Egypt represents one of the largest markets in the Middle East
and North Africa.
“Investment Without Challenges,” an initiative of Egypt’s Ministry of Investment and International Cooperation,
delivers speedy follow-up and problem-solving expertise to individual investors. 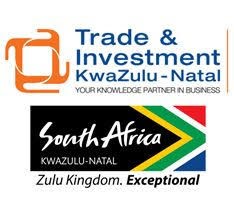 www.tikzn.co.za
KwaZulu-Natal represents the second largest provincial economy in South Africa, contributing around 16% of the
country’s GDP.
The strength of KwaZulu-Natal as a preferred destination for investment is the presence of two major seaports
– Durban and Richards Bay – as well as Dube TradePort, home to King Shaka International Airport.

www.invest.durban
Invest Durban was recommended by the Durban City Council and organized private business as the “First Stop Shop”
to stimulate economic growth and new investment in the Durban.
Durban recently placed among Mercer Consulting’s Top 5 cities for quality of life in Africa and the Middle East.

www.cinde.org
Education in Costa Rica has been free and mandatory since 1870.
Costa Rica has enjoyed 120 years of democracy as well as economic and political stability.

www.panamapacifico.com/
Panama Pacifico was recognized as the Best Free Trade Zone of the Americas and received nine awards in the
“Global Free Zones of the Year 2018.”
From Panama, Lacoste coordinates the development of its products, production and distribution for Latin America
and the Caribbean.

www.curinde.com
Curaçao being part of the Kingdom of the Netherlands provides special access to the European Union.
The country’s development as a logistics and distribution center is buttressed by the Curaçao Airport Free
(Economic) Zone and the Harbor Free (Economic) Zone.

www.procolombia.co
Technological infrastructure supported by 10 submarine cables guarantees national connectivity and serves to
increase Colombia’s competitiveness.
Colombia has more than 16 current Trade Agreements allowing the country to have preferential access to more than
60 countries and their millions of consumers.

investchile.gob.cl
According to Mineduc 2018, more than 1,262,000 university students matriculate in Chile, with more than 202,000
annual graduates.
Chile facilitates the arrival of overseas professionals and technicians for the tech sector with a Tech Visa
Program (launched in July 2017). During 2018, applications increased by 164%.

en.investinbogota.org
Companies located in Bogota have direct access to the US$282 billion Colombian market — one of the largest, most
dynamic markets in Latin America.
Bogota has a strategic location in the center of the Americas — five hours by plane from New York, Mexico City
and Sao Paulo.

www.investpacific.org
Its proximity to more than 72% of the country’s middle class and its strategic location make Valle del Cauca the
most cost-efficient region to serve the domestic market.
The region offers an excellent quality of life at a lower cost than capital cities such as Mexico City, Bogota,
Santiago de Chile and Lima.